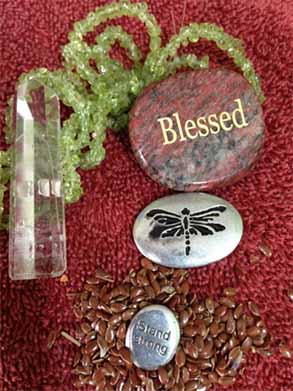 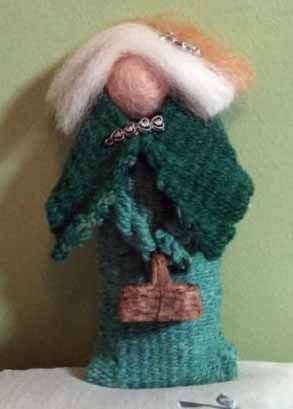 Weaving circles offer a nonjudgmental space for the process of self-discovery; a place where old patterns can be brought to light, understood and transformed.

The program's core philosophy provides tools to help us understand who we are: souls living in human bodies, connectors between Heaven and Earth. The projects that you will explore with Diane open up new avenues of introspection. While the weavings are simple, their transformative impact can be significant and profound. Each project, called a keyform, represents a choice, a stage in our life, or a rite of passage. The keyforms are the amulet, bowl, doll, belt of power, mask, bundle, and the shawl.

Weaving Circles are a nonjudgmental process of self-discovery; a place where old patterns can be brought to light, understood, and transformed.

Diane's workshops combine drumming, rattling, chanting, mindful movements, shamanic journeying, and meditation as tools to create ceremony and to lead participants on their own process of self-discovery.

Diane's own process of self-discovery has led her to the studies of polarity, tai chi, qigong, shamanism, and paranormal investigations. She met Susan Barrett Merrill, the creator of the Weaving A Life program, at a Christmas craft fair and became energized by Susan's woven projects and the idea behind her weaving program. After making a few other projects on her own, Diane began working on becoming a certified Weaving A Life leader. The program has helped Diane balance the feminine energies of the Earth and the masculine energies of the Heavens to create a more joyful and productive life.

Workshops can be designed to focus either on one particular project or on a series of projects.

Classes will be held in the Brunswick, Maine area. Depending on your location you may want to consider hosting a circle in your own home and I will bring everything we need to you.

One-on-one classes can be arranged to take place either in person or on the phone.

Weaving circles are a fun way of exploring and creating with old friends while making new friends.

You can find more information at weavingalife.com.